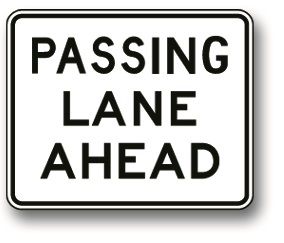 This post may be one of my most controversial yet, for reasons I’ll get into shortly.  Please know that this is a difficult topic, and there is much disagreement about it both inside and outside the trans community.  I’m trying to deal with the topic carefully and respectfully, but if I handle something poorly, please let me know and I will try to make it right.  Ok, on with the show!

Before I delve into today’s topic, I’ll just share something that happened today.  I was visiting the local science center with my family and we noticed a 3-4 year-old child who appeared to be a boy (so I will refer to this child with masculine pronouns), and who also happened to be wearing a rainbow tutu.  He was engaged with one of the exhibits, with his parents lovingly looking on. It warmed my heart to see this: a child unafraid to express his gender in a non-conforming way in a very public place, and his parents supporting him in his expression.  I was glad that his mixed-gender expression seemed to be a non-issue for those around him – children and adults alike.  It gives me hope to see things like this.

I guess I tipped my hand on how I would answer the questions I posed last time: “How do you react to a person for whom it is difficult for you to determine their gender?  How do you react to a person for whom you believe that the gender they are expressing does not match the gender they were assigned at birth?” For me, I had a positive reaction.  I enjoyed seeing this child so safe and secure in his own expression.  But here’s something that might surprise you – I don’t always react this way.  For all my idealism and best intentions, I still sometimes have negative reactions when I encounter people for whom their gender is either ambiguous or mixed expression.  I’m not proud of it, and it is something I am actively working to change.

A person successfully and convincingly presenting themselves as a cisgender member of a gender they were not assigned at birth is called “passing“.  Passing is a complicated and controversial topic, partly because of the issues that it raises for both those who can and cannot pass.  It’s also a philosophical issue, a safety issue, and a social issue (and a variety of other categories).  Let’s dive in and see what happens.

At first glance, you might think passing is a good thing for those who are capable of it.  It makes sense – if you feel like you should be a member of another gender and are able to fit in well enough that people accept you as that gender, what’s wrong with that?  The short answer is that by fitting in and being “invisible”, it helps to keep the issues that all gender-non-conforming (GNC) people face from public awareness. Like it or not, a GNC person faces a variety of hurdles, such as higher rates of unemployment and of harassment and discrimination, both on the job and in life in general.  If that person is also a person of color, the numbers compound and get significantly worse.

Public awareness of transgender issues has improved substantially in the past few years, but that awareness has largely come due to a number of high-visibility transgender persons (celebrities), such as Laverne Cox, Chaz Bono, Lana Wachowski, Alexis Arquette, and perhaps most notoriously, Caitlyn Jenner.  This visibility has been good and bad – raising awareness and understanding is generally a good thing, because people tend to fear things they don’t understand, but in the case of Caitlyn Jenner, she’s said some fairly transphobic and counterintuitive things.

While for the most part, the visible trans celebrities have been a net positive, I think it would be even better to have visible examples in other walks of life – trans teachers, police, firefighters, politicians, CEOs, accountants, plumbers, professors, authors, doctors, etc.  We have some of these already: Jennifer Finney Boylan (author and professor), Lynn Conway (IT professional and professor), Laura Jane Grace (singer/songwriter), Janet Mock (author and public figure), Andreja Pejić (model), and Wendy Carlos (composer/musician), for example.  But certainly there are many other accomplished people who happen to be trans, but also are less known and less visible because they pass, and don’t make their trans histories better known.  But who can blame them?  To do so would mean putting their careers, relationships, and even their very lives at risk.  So it’s easier to just go “stealth”, that is, when a trans person passes as cisgender, and does not “out” themselves – they just try to fit in as part of their expressed gender, and don’t correct people who assume them to be cisgender.

Another problem with the idea of passing is that it buys into gender stereotypes – good and bad.  That men should be strong, stoic, and dominant, and women should be beautiful, soft and submissive.  To pass most effectively, a trans person typically works to embody these stereotypes, thus furthering them.  We should be working to tear down stereotypes, and understand and accept that men and women come in all shapes and sizes, and with a variety of qualities which might be “typical” of the opposite gender but don’t make a person any less valid as the gender they feel themselves to be.

A third problem with passing is the problems that those who are unable to pass face.  I mentioned many above, but let’s take a closer look.  The reality of our society is that if two people with identical qualifications apply for a job, but one of them is GNC, the likelihood is that the job will be offered to the person who appears cisgender.  In fact, even if the GNC applicant has somewhat better qualifications, chances are still good that the cis- applicant will get the offer, just because there still exists a good deal of prejudice against trans and GNC people.

Then, there are the “bathroom” issues.  This has been and still is a hot political topic, with multiple states considering legislation which would require people to use the bathrooms which match the sex marker on their birth certificates. 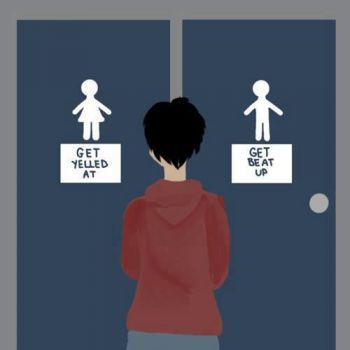 Without choosing sides, there are implications both ways depending on how well a GNC person passes.  For instance, suppose a trans man (assigned female at birth, but identifies male) needs to go to the bathroom.  If they use the women’s restroom (because that’s what’s on the birth certificate), but pass as male, that will likely cause others in the restroom some concern.  Now suppose a trans man who doesn’t pass uses the men’s restroom (because that’s how he identifies) – in addition to potentially making others in the restroom uncomfortable, the trans man runs a very real risk of being physically assaulted for not conforming to “gender standards”.  Unfortunately the picture gets even worse for trans women: a non-passing trans woman in the women’s restroom may have the police called on her and even be arrested, while at the same time, if she were to use the men’s restroom, she’s even more likely to be harassed and/or assaulted!

While there are many more problems with the idea of passing, the common thread underlying all of them is that there should not be a need to pass.

But at the same time, all the issues facing those who are unable or choose not to pass leads to a common perception that passing is a goal.  And further, that if one passes, they have a privilege – that they are accepted and treated as cisgender.  It’s hard to argue against this, when the reality is that trans people who pass actually do get treated better and have more privilege than those who do not.

And where am I on all this?  I’m stuck in the middle.  I firmly believe that there should not be a need to pass, and that we should treat people based on the content of their character and not on their appearance, presentation and expression.  The issues facing trans people are not unlike those that women and minorities have historically faced (and, let’s be real, they still do).  But at the same time, I recognize the advantages that those who pass benefit from, and I don’t think it’s unreasonable to want to enjoy those advantages.  So I wrestle with my thoughts on this – I want for there to be no discrimination or mistreatment based upon gender identity and expression, but yet I want the advantages that those who pass enjoy.  I’m conflicted.

In a more perfect world, we would all recognize that we are more than our genitals, chromosomes, and/or hormones.  We are all humans, and we are all unique.  We should respect each other and accept each other as we actually are, not as we want the other to be. In that world, I would not be conflicted – there would be no passing privilege to strive for, and I would not need to worry for my own safety simply for being who I am.

This entry has been difficult to write, not only because it’s a topic with a lot of impact and implications, but also because I’m still figuring out where I stand on it.  And I’m coming at this from the perspective of a person who presents as my birth gender; I have not experienced what it’s like to not pass.  So I expect that my perspective on what I’ve written will change as I continue my journey, and I expect that I’ve gotten many things wrong in what I’ve written so far.  But for me, I use my writing to help me clarify my thoughts and feelings, and I consider this topic open for discussion.  I welcome your questions, comments and respectful debate below.

P.S. No homework this time.  But I would enjoy your feedback on this post, so please consider commenting.  I’d also appreciate feedback on future topics.  I have a few ideas, but I’d love to know what you’re curious about.

7 thoughts on “Passing lane ahead!”