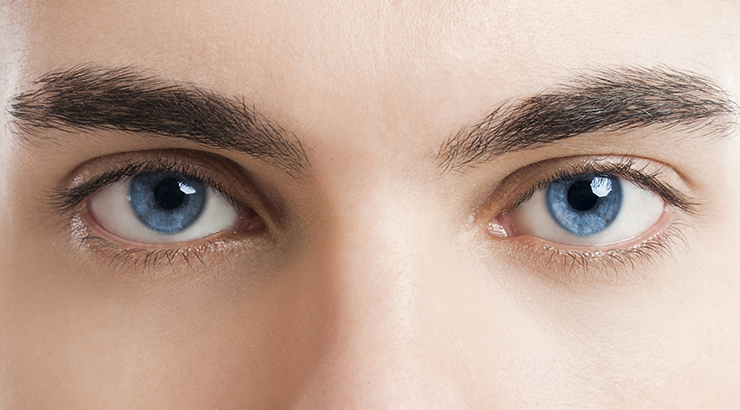 Before I get started, I’ll first make a request.  Please let me know things that you are interested in me writing about.  I’m feeling a need to write, but I’m having a hard time coming up with topics.  Writing is a coping mechanism for me – a way of reducing stress while organizing my thoughts.  So feeling a bit of a writer’s block is a stress all its own.  Please suggest topics however you feel comfortable – in the comments below, by sending me a message on my Contact page, or, if you know me personally, by email.

Now, on with the show!

For this post, I decided to share with you a therapy that I’ve recently started that has been life-changing!  The therapy is called Eye Motion Desensitization and Reprocessing (EMDR).  I came to this therapy when our couples therapist suggested that I might have some trauma in some childhood memories I’d related to her.  Our therapist specializes in couples counseling, gender, and trauma, so she was uniquely positioned to see this need in me.  She described the therapy to my spouse and me, and we agreed that I would give it a try.  At a minimum, it might help me to let go of some of the baggage I’ve been carrying for a long time that I didn’t need to hold onto any longer.

Like anything else, before we agreed to try this, I researched it.  And I admit, I was skeptical.  A lot.  Like “I might as well call a telephone psychic” skeptical.  But I knew that some events from my childhood that I’d recently recalled still carried a lot of pain, and I didn’t know why.  So why not give it a shot – worst case, I’ve spent an hour talking about a painful memory, and talking about stuff generally helps, right?

When our therapist met with both of us (my spouse and I) to go over what to expect with EMDR, she started by explaining that she was going to describe the process and the theory behind it.  But she also warned that while she could do that,  what she was describing to us would sound strange and senseless.  She related that she frequently asks clients who have had EMDR how they would describe it to someone else who hadn’t experienced it – they usually respond with some form of “I don’t know how to describe it”.  But I’m going to take a stab at it now.

It’s Eye Motion Desensitization and Reprocessing.  Don’t get too hung up on the name – it doesn’t really do a good job of describing what it is.  Basically, it’s a kind of psychotherapy that can be used to address the pain and emotions associated with painful or disturbing memories and events.  More simply, it’s a kind of therapy meant to help you change the way you experience the memory of things that have happened, and can be used to try to change the way you approach anticipated stressful events.  There is research which shows that it is effective for reducing the amount of time it takes to heal from emotional pain.

Conventional psychotherapy (“talk therapy”) can take a long time to produce results, especially when dealing with trauma.  EMDR seeks to accelerate this process.

How does it work? (Theoretically)

The way our therapist described it to us, the idea with EMDR is for you to reprocess a painful memory while your brain is simultaneously bilaterally stimulated.  It’s a fancy way of saying that you return to a memory while something (minimally distracting) is working to make sure both the right and left hemispheres of your brain are engaged.  By having both sides engaged, you are more able to process the memory using the strengths of both hemispheres – the artistic/creative of one, the logical/intellectual of the other.

Perhaps you’re aware that our memories aren’t as reliable as we’d like to think.  Each time we recall a memory, we are actually recalling what we remembered the last time we had the memory.  So our memories can be like a game of telephone, where something inadvertently gets changed each time the message is whispered from person to person – the more times we remember something, the less reliable the memory may be for us. EMDR takes advantage of this phenomena by allowing us to pull the memory out and (more intentionally) change some aspect of the memory as we put it back in storage.  It’s not going to take away the critical aspects of the memory; we’re not trying to revise our own history to something it wasn’t, but we’re trying to change how the memory affects us now.  As our therapist said, “you will still have the memory, and you will remember that the memory was painful.  But you won’t continue to experience the pain each time you recall the memory.”

How does it work? (Practically)

Stimulation of both hemispheres can be accomplished in a variety of ways.  It is done in an alternating manner – left-side, right-side, left-side, right-side, etc.  Methods might include the therapist asking you to track her hand with your eyes as she moves it side to side, or, tapping on your body on alternating sides, or, having a sound played through headphones on alternating ears.  The alternation of sides keeps the brain engaged, so you don’t become accustomed to whatever stimuli is being used and begin to tune it out.

OK, this still sounds kind of hokey.  What actually happens?

This is where I was before my first EMDR session.  I was intrigued, but still skeptical. From here on, I can only relate my personal experience – your experience might be a lot different.

We spent the first session doing two things – getting me accustomed to the process, and finding a tool I could use to prevent the emotional distress from becoming overwhelming. We started with her asking me to identify a scene or place where I felt comfortable – no stress, no pain, no pressure, just relaxation.  I took one of her suggestions of a mountain stream, because I have quite a few good memories of playing in some while I was growing up.

She gave me two “buzzers” to hold – one in each hand. The buzzers would alternate vibrating inside each hand (with a little bit of noise, but nothing distracting – similar to the sound a cell phone vibrating might make).  She asked me to visualize my scene, then turned the buzzers on for about 30 seconds.  The buzzers switched sides every few seconds, and I did my best to imagine the scene.  At the end of the stimulation period, she turned them off and asked me “what did you notice?”. I recalled the images – flowing water, rocks, trees above and around the stream, sunlight slanting through them. She asked me to pay attention to all my senses, and we did more stimulation cycles.  This time I noticed the coldness of the water, the warmth of the air, the pressure of the running water on my legs and feet.  I noticed the cool smoothness of the rocks under the water, the slipperiness of those rocks, the dimples and pores of the rock when you pick one up.  I noticed the clean air, the gentle breeze whispering, the rustle and chirp of the water as it flowed around and over rocks.

My therapist asked me how I felt.  Calm, satisfied, secure, engaged. (Another cycle) I was safe – I knew where I was, I knew where my parents were, I knew that if anything happened, I would be able to get help – I was “in the moment”. She asked me to focus on the mountain stream and the phrase “in the moment”.  I couldn’t – at that point, I became very aware of the vibration in my hands and couldn’t focus on the stream or the phrase.  We tried again another cycle, and again, I couldn’t, because I was noticing the vibrations more.  We tried a few other approaches, but at this point, nothing was working.  We discussed what had happened, and she let me know that the sudden inability to return to the place may have meant some kind of contamination – that something about that place wasn’t a comfortable retreat that I could inhabit to calm and recenter myself.

My therapist let me know that she had been trying to “install” a comfortable place as one tool I could use to get away from emotional distress.  There was another tool that we could try, called a “container”.  In this case, I needed to come up with a place that I could ask my thoughts, memories and emotions to go.  Thoughts of a prison cell had been flashing through my head as I gleefully considered being able to lock away all the stuff causing me pain.  But there’s a catch: this place needed to be somewhere that they would go freely, and stay there until I was ready to invite them back out.  Well, I wouldn’t willingly allow myself to be locked in a prison cell to be released at some undetermined time in the future; how could I ask my memories and emotions to go there?  She continued to describe the container; it could be a physical container, or a mental one.  It could be a shoebox you keep on the closet shelf, and when you have a negative thought or memory, you write it down and place it in the box.  It could be mental image of a lockbox, kept in a safe deposit box, in a bank safe, in a bank three states away, buried in an avalanche.  She continued describing the “container”, and once I got the idea that it could be physical or mental, I realized I already had my container – my journal!  She finished describing the “container” approach, and I told her “you’re talking about my journal!”  Since I had identified my container so quickly and completely, she felt it was likely the tool I’m meant to use, and we’d “install” that… next session.

I went home.  I still wasn’t convinced that EMDR worked, but I didn’t feel that I had wasted my time, either.  But on my way home, something my therapist had said to me about my “comfortable place” possibly being contaminated just kept going through my head.  She told me that usually (but not always), when other people show up in your comfortable place, that is a sign of trouble.  My parents had shown up (obliquely) in my comfortable place – I knew where they were, and if I needed anything, I could get help.  I realized that, because one of my parents had died  a while ago, I didn’t know where they were anymore.  Lightbulb! There’s my contamination!  The security of knowing where my (both) parents were in the comfortable place wasn’t available.

Ok, so I had a revelation after the session.  My therapist had told me that, with EMDR, she has the easy job, and I do the hard work myself; she largely just facilitates the therapy, and I have to make the connections.  In EMDR, the processing continues after the session.

I was to find out just how true this was in my next session.

So how am I doing so far?  Does EMDR make a little more sense yet?  Please ask any questions you have – I’ll do my best to answer them.  And don’t forget, send me suggestions for future topics.