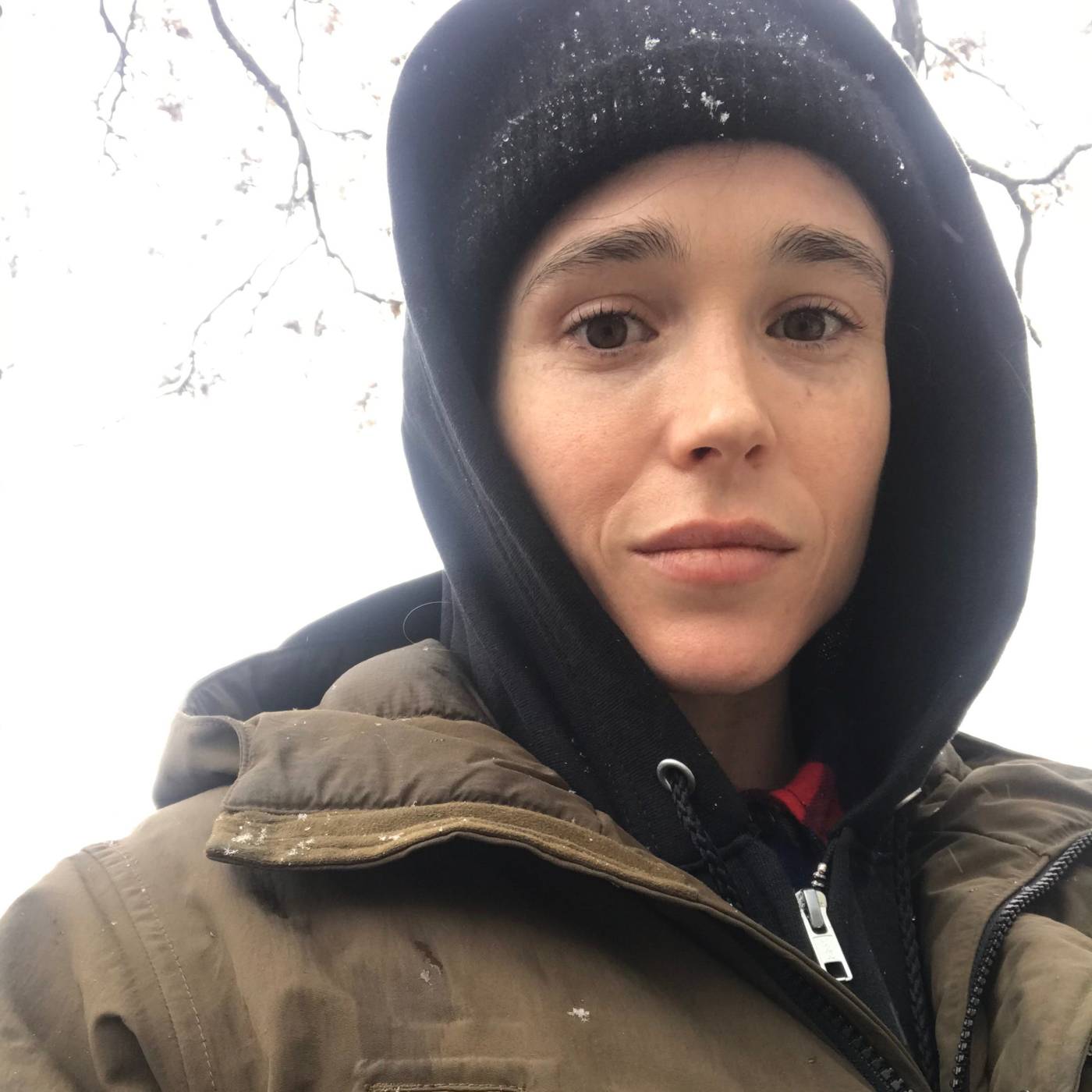 A big event in the LGBTQ+ community this week was the news of Elliot Page coming out as transgender. Elliot is an actor known for their roles in films like Juno (as the title character), X-Men: Days of Future Past (as Kitty Pryde), Whip It (as Bliss Cavendar), and more recently, his role as Vanya Hargreeves on the Netflix series The Umbrella Academy. Elliot’s revelation has largely been met with celebration and support, though (almost inevitably) there have been a few negative responses.

Elliot’s coming out message is inspiring! They start by telling us the basics: “Hi friends, I want to share with you that I am trans, my pronouns are he/they and my name is Elliot.” He tells us he’s trans, what his pronouns are, and what their name is – that’s the minimum set of information. You may notice that I haven’t mentioned the name Elliot used prior to coming out – it isn’t really necessary for me to use that old name, as I’ve provided enough information for you make the connection if you knew his name from before, and if you didn’t know their name from before, knowing it now isn’t necessary.

Elliot’s coming out message is inspiring! They start by telling us the basics: “Hi friends, I want to share with you that I am trans, my pronouns are he/they and my name is Elliot.” He tells us he’s trans, what his pronouns are, and what their name is – that’s the minimum set of information. You may notice that I haven’t mentioned the name Elliot used prior to coming out – it isn’t really necessary for me to use that old name, as I’ve provided enough information for you make the connection if you knew his name from before, and if you didn’t know their name from before, knowing it now isn’t necessary.

Shortly after the news broke, a family member reached out to me asking what it meant that Elliot uses “he/they” pronouns. While it can mean different things for different people, the most common way I’ve seen people use pronouns like this is along the lines of you can use “he/him/his” pronouns for me, and, you can use “they/them/theirs” for me. It’s acceptable to just use one of the two sets of pronouns specified, though if you use a mixture of both sets, that’s even better. If you look at how I’ve referred to Elliot so far, you’ll notice that I’m mixing up my use of he/him and they/them pronouns for him.

Elliot then thanks people who have helped them on their journey, and those who have paved the way before him. They mention “I can’t begin to express how remarkable it feels to finally love who I am enough to pursue my authentic self.” This is so true! Looking back on my own journey, I can say that before my transition, I didn’t love myself they way I wish I would have; as much as my transition has been about realigning my life with one of my fundamental truths, it’s also been about learning to love myself and to feel worthy of living a life where I can live authentically. “Remarkable” barely scratches the surface of what this feels like.

The next paragraph is darker. He begins, “I also ask for patience. My joy is real, but it is also fragile.” As with so much in their writing, this is an understatement. For many trans people (myself included), coming out and living authentically can bring immense joy. Hearing our chosen names and the correct pronouns used to refer to us can bring immense joy. But hearing the wrong names and/or pronouns can be devastating; hearing the wrong words one time can completely undo all the joy and euphoria of hearing the correct words for the entire day up to then. It can send us on a depressive spiral which takes weeks to climb out of. The ways others treat us affect us much more than many cisgender people realize.

Elliot continues: “The truth is, despite feeling profoundly happy right now and knowing how much privilege I carry, I am also scared. I’m scared of the invasiveness, the hate, the ‘jokes’ and of violence.” He’s right and justified in feeling that way. When meeting a stranger, it’s shocking how frequently that stranger will ask a trans person invasive questions: “have you had the surgery?”, “when did you know?”, “how do you and your partner have sex?” More often than not, if a trans person declines to answer any of these questions, they’re met with indignation – as if that stranger is somehow entitled to know about the intimate details of our private parts and how we use them! And while things have improved with regards to overt transphobia, it hasn’t gone away… it’s just become more hidden and insidious.

Elliot shares some of their concerns about the current state of affairs for trans people, including some information about the violence and discrimination that trans people (especially trans people of color) face. “…and to all of those with a massive platform who continue to spew hostility towards the trans community: you have blood on your hands. You unleash a fury of vile and demeaning rage that lands on the shoulders of the trans community, a community in which 40% of trans adults report attempting suicide. Enough is enough. You aren’t being “cancelled,” you are hurting people.” To me, this is directed towards certain high-profile individuals (such as J.K. Rowling, Graham Linehan, Ben Shapiro, Germaine Greer) who use their notoriety and platforms to spread anti-transgender views, and, when held accountable for their hate-speech, claim that they are being “cancelled” (which is laughable, especially as they maintain their prominence and platforms).

I love that I am trans, too. It took me a while to get to that place, but I do – I love that I’m trans. I’ve experienced things which most people can’t even begin to grasp, and I have an understanding of gender in a way that lets me see how gender is both a good and bad thing in our society. But I also hate what my being trans has meant for me and for my family. My wife has felt isolated because of it. My child has been bullied because of it. We have all suffered a variety of loss and grieved because of it. Most of those things have come because of the arbitrary roles and expectations which come from how our society treats gender.

One of the more pleasant surprises (aside from Elliot’s actual news) was how his news was reported. Most news outlets refrained from using their deadname and got his pronouns correct. In the past, a celebrity coming out resulted in reports using their deadname, misgendering and speculation about their pasts and motivations. In this case, Elliot’s news was reported respectfully and with a minimum of speculation. A few articles popped up confirming that Elliot would continue to be in the Netflix show The Umbrella Academy (which seemed a bit of an odd question to ask – why wouldn’t Elliot return?). Netflix itself quickly updated their systems to reflect Elliot’s name across all the media on their platform. IMDB and Wikipedia were also quickly updated to reflect their name and pronouns – even small things like IMDB’s trivia about Elliot were updated that same day.

As mentioned, there were a few negative responses as well. A few prominent members of the LGB community lamented the “loss of another lesbian” to “gender ideology” which teaches women that if they’re dissatisfied with being women they can just be trans men (which isn’t at all what happens!). Ans there were, of course, the trolls who seem to enjoy spreading transphobic messages anywhere they see an opportunity to get some attention. Thankfully, these were relatively few and far between.

As for me, I am happy that Elliot has both found his truth, and felt empowered to share it with the world. Elliot has long been an ally for trans people, and they deserve to live authentically, as we all do.

One thought on “Elliot Page”