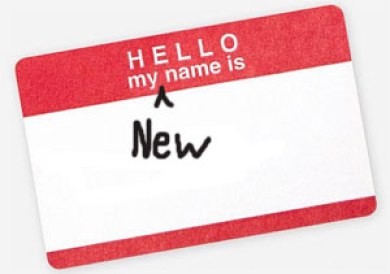 When we left off, I had just been granted a legal name change by the court system, and I thought I’d made it through the hard part. I was so wrong! Compared to updating my name everywhere else that it is used, the legal system was a breeze!

Since I planned to have both my name and gender marker changed in every place that I could, I started by getting a letter from my doctor supporting the gender marker update. Multiple agencies require a letter from a physician to change a gender marker and each agency has their own specific requirements, but I was able to use a single letter to meet all those requirements. My letter followed the basic template given on the National Center for Transgender Equality / Know Your Rights | Social Security webpage. As most agencies need to see an original copy, my doctor provided two identical letters. 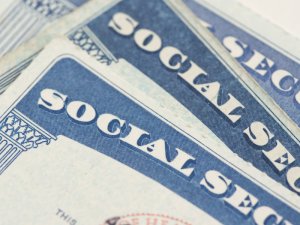 Until I started the name change process, I wasn’t aware that the Social Security Administration keeps a record of the gender assigned at birth – that information isn’t captured on the Social Security card. But many other government agencies rely on the data the SSA maintains, including gender marker, to validate their own records. So with letter and paperwork in-hand, I visited my local Social Security office, where they reviewed my court order, the doctor’s letter, and my completed SS-5 form and processed the changes on the spot. The changes take place in their databases overnight, so I couldn’t proceed with other government documents until after that processing.

The next day, I visited my local DMV office and presented my existing license, the court order, and my doctor’s letter. After a few minutes, the clerk handed back my paperwork, collected a fee for issuing another license, took my picture, and I was on my way! Well that was easy!

My family had a vacation planned which would take us outside of the country, and while I could use my driver’s license along with my birth certificate, I really didn’t want to, since the names wouldn’t match (so I’d also have to have a copy of the court order and letter). I filled out the DS-11 form and took it, again with the court order and doctor’s letter, and also with my current passport and a check for the passport fee, to the county clerk’s office, where I once again had all the paperwork scrutinized, then my picture taken and everything bundled off to send off for processing. After 2-3 weeks, I received a letter from the Department of State informing me that in order to change the gender marker on my passport, I had to provide a letter from my physician, meeting a list of criteria they listed. I pulled out my backup copy of the letter and compared their list – my letter met each of the criteria! I called the passport help center, and they indicated that they could only clarify what was in the letter from the Dept of State, not specifics about what was wrong with my packet. They promised to have someone from the Passport processing center call me back. In about another week (after a few more calls from me), I got a call from the passport center informing me that the letter had been sent in error, and that my newly issued passport was on its way. I received it – just in time for our trip. That was close!

The last government document I had changed was my birth certificate. While Social Security and US Passport are run by federal agencies (and can be dealt with from anywhere in the US), and Driver’s License is dependent on where I currently live, my birth certificate is dependent on where I was born. While I could easily change the name on the certificate, the gender marker is another matter. The state where I was born was among those who required proof of Gender Confirming Surgery before they would change the gender marker. Since I have not had GCS, I saw no reason to file the paperwork to update my birth certificate until I either have surgery, or determine that I will not ever have surgery. With both a Driver’s License and Passport reflecting my correct name and gender marker, it would be extremely rare that I would need to share my birth certificate. But recently, it was announced that the policy in my state changed, and would now allow the gender marker to be changed, if appropriate documentation from a physician accompanied the application for amendment. So once again, I sent off my amendment form, court order, and doctors letter (and check for yet another fee). After a few weeks, I had a new copy of my birth certificate, with the correct name and gender marker!

It turns out that with a few exceptions, this wasn’t too hard. For banking, I took a copy of my court order and updated ID and with some typing and small talk, those records were switched to the new name fairly quickly.  I reached out to each of the credit card issuers and inquired what their requirements were for updating my name, and they usually responded with some variation of “a copy of your court order and updated driver’s license, plus a copy of your updated social security card”. Upon submission, each updated their records (and issued new cards) without much fuss.

The IRS was even easier. Since I’d updated my Social Security record months before filing our taxes, I just used my new name with the same Social Security Number. There were no problems and our refund came just as fast as it had in previous years.

It turns out the most difficult (to date) update was with PayPal. PayPal has published instructions for legal name changes, which are basically to submit a ticket for the name change and provide documentation (court order and updated ID). They promise to update the info in 3-5 days. I submitted the info as described, then waited. And waited. And waited. After 6 weeks, nothing had happened, so I submitted the info again. This time, after a few days, I called their support center, and got a cheerful and helpful person (who sounded male), who told me that he saw my paperwork, that he had updated my account, and to log off and log back in about 10 minutes later (to give the system time to update). I thanked him and hung up, then logged in later and found that my account was still in my old name, and because of the timing of my call, the support department had closed for the day. Apparently, this agent used me to run out the clock on his workday! I called back the next day and got another, different agent. I explained the situation again and he checked the system and also saw the paperwork I’d submitted. He indicated he didn’t have the ability to make that change, so he needed to submit a ticket for another department to make the change. I made a point of getting this agent’s name and the ticket number. Later that day, I got a call from another person in another department who indicated that this second agent had been persistent in tracking this ticket through the system and making sure that this third person worked it. He made the change and asked me to logout and into their site again, and voila!, my name was updated. When I asked him what the best way for others to accomplish the same thing was, he told me that he was the only person able to make that change (!). I have his name, if you are having the same problem, reach out to me and I’ll share it with you. When I was researching how to make this change in PayPal, the prevailing opinion was that it was easier to close your existing PayPal account and open a new one in your updated name. I agree that would probably be much easier and quicker, but for me, I felt that this was an issue I needed to see through – to (hopefully) make the process easier for people coming behind me.

I still have a few financial accounts to be updated: my HSA account required me to submit multiple forms in a specific sequence, and a few of them needed to be notarized(!). The name change is complete, but I still need to call their customer service to have my debit card reissued in my correct name. I also have some 401k accounts from past jobs, which, according to their administrators, require me to have the HR departments from those old jobs update their records to be fed into their systems. Someday I’ll get around to those.

This is already a lot of work, and I’m not even halfway done! I’ll get into more next time.

Until then, I’m increasingly…