So far I’ve mostly stayed away from politics, but this past weekend, a news article exploded into the trans community and has shaken me to my core. The article was published in the New York Times, and is called ‘Transgender’ Could Be Defined Out of Existence Under Trump Administration. Note: in the interest of limiting publicity for the Narcissist-in-Chief, I won’t be mentioning his name from here on out – let’s call him “NinC”.

This article reveals that there is a memo circulating within the Department of Health and Human Services (HHS) which defines “gender as determined ‘on a biological basis that is clear, grounded in science, objective and administrable’ “. Further, the “proposed definition would define sex as either male or female, unchangeable, and determined by the genitals that a person is born with, according to a draft reviewed by The Times. Any dispute about one’s sex would have to be clarified using genetic testing.” It goes on, “Sex means a person’s status as male or female based on immutable biological traits identifiable by or before birth,”  “The sex listed on a person’s birth certificate, as originally issued, shall constitute definitive proof of a person’s sex unless rebutted by reliable genetic evidence.”

The HHS wants to define gender using a biological basis that is clear and grounded in science. Biologists and doctors have long understood that biology isn’t cut and dried. Their descriptions of biological concepts are full of hedges and generalizations, and there are exceptions to nearly every one of them. Mammals are hairy, warm-blooded animals which give birth to live offspring. But yet the platypus is a mammal which lays eggs (and has a hard bill like a duck!). Our knowledge of platypuses as mammals is grounded in science, but the definition of a mammal fails to include them. Is the platypus wrong for not conforming to our definition of mammal, or is our definition of mammal wrong for not allowing for platypuses? The answer to that question seems clear to me.

The HHS wants the measure of gender to be “objective and administrable”.

Objective – sure, I agree with that – I’m all for objectivity. Administrable? What is that? Administrable – adj. – capable of being administered (managed or controlled). How do you manage or control gender? Perhaps they’re meaning measurable, or, recordable. How do you measure gender? Gender is an innate sense, not a quantifiable object. Oh wait, they mean sex!

But there’s the rub: sex doesn’t conform to human definitions either. While many people think that there are two sexes – male and female – the reality is that sex falls on a spectrum (just like gender, imagine that!), where the majority of humans fall within the two humps of a bimodal distribution, there are overlaps between the two humps (see figure  above, showing one characteristic – height), and there are humans all along the spectrum. 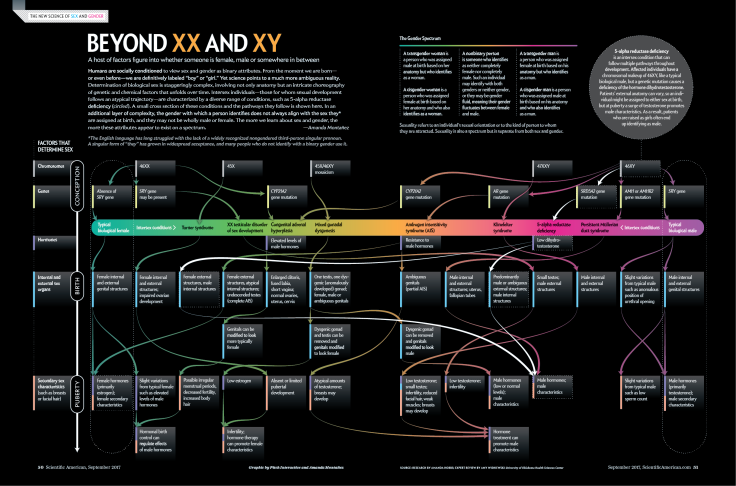 “Sex means a person’s status as male or female based on immutable biological traits identifiable by or before birth.”

Which immutable biological traits? There are 5 primary sex characteristics which we use to determine sex within humans: 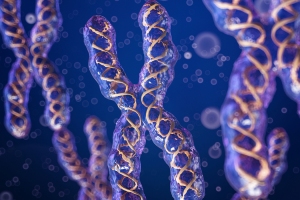 Chromosomes: XX = female and XY = male, right? Wrong. There are cases of XX males and XY females, as well as a number of other chromosomal combinations (XXY, XO, mosaicism) which defy that rule. See the image above for more details for the variety of conditions. Besides, do you know what your chromosomes are? Are you sure? Have you had them tested? How do you know what another person’s chromosomes are just by looking at them? Sorry, chromosomes aren’t a trait we can depend on.

Anatomy of external genitalia: glans clitoridis, labia, vulva, clitoral hood / perineal urethra / glans penis, scrotum, phallus, foreskin, fused perineum. Men routinely have their foreskins removed (usually when they are infants). Some women are subjected to Female Genital Mutilation, where the glans clitoridis is forcibly cut away from their bodies – a cruel practice which often results in pain during sexual intercourse and difficulty giving birth. Yet they remain men and women. And again, surgeons have become quite skilled at constructing the external genitalia (more so for female genitalia, male genitalia remains a little less than optimal for now).

“define sex as either male or female, unchangeable, and determined by the genitals that a person is born with”

Either male or female? That reduces sex to a binary, which we’ve already established that it is not – it’s a spectrum.

Determined by the genitals a person is born with? Let’s be clear, they’re talking about whether the baby has a penis. But babies are sometimes born with ambiguous external genitalia. How do we know which is which? Oh, wait, we have a handy ruler to help us out with this:

No, this is not a joke. Doctors have used these measurements/standards to determine sex, and should the baby have external genitals which fall in the purple zone, it has been (and often still is) standard practice to intervene surgically to bring the genitals in line with these standards. This practice is gradually changing as doctors and parents are learning how much these surgeries negatively impact the children as they grow up.

Unchangeable? Modern medicine has techniques and surgeries to construct both sets of genitals. Genitals can absolutely be changed.

“The sex listed on a person’s birth certificate, as originally issued, shall constitute definitive proof of a person’s sex unless rebutted by reliable genetic evidence.”

And now we get to the crux of the issue. All the stuff above was bad enough, but this sentence is the one that’s most important to this administration. The sex marked on a person’s original birth certificate is the only sex they can be – no changes – unless the person can prove through genetic testing (chromosomes) that the sex was marked incorrectly. In other words, in the eyes of the federal government, transgender people aren’t allowed to be considered of the sex or gender they know themselves to be; they are stuck with the marker they were assigned when they were born (unless they are intersex and can prove it with genetic testing). 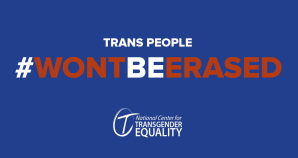 If this succeeds, life as a transgender person will become significantly more difficult.

But wait, he can’t really do this, can he? Unfortunately, he can. Unless and until Congress passes laws which specifically and explicitly define and protect transgender people, the interpretation of existing laws is left up to the Executive Branch. As head of that branch, he can direct that interpretation as he pleases. As head of that branch, if he chooses to change the definition of sex and/or gender, he can do so.

I am being threatened, and this is a very credible threat.

How do I know that? Because just today, the Department of Justice issued a statement to the Supreme Court informing the Court that businesses would not be violating federal law by discriminating against transgender people.

[…] the Justice Department has the sole authority to represent the government before the Supreme Court. The DOJ told the high court that the Sixth Circuit got the case wrong.

“The court of appeals misread the statute and this Court’s decisions in concluding that Title VII encompasses discrimination on the basis of gender identity,” Francisco said in a brief filed with the court.

Folks, this is real 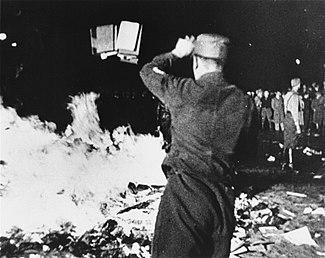 We’ve seen this tactic in the past – we haven’t even made it 100 years and it is happening again right in front of us. We already know what the outcome is when good people fail to act. We cannot afford to wait and see if this will blow over. We cannot afford to tell ourselves that “this doesn’t apply to me”; even if you aren’t transgender, even if you don’t know any transgender people (news flash: you probably do and don’t know it), this is him and his administration testing the waters to see if it’s safe for him to wade in deeper. How long until they get around to someone you know? How long until they get to you?

What can I do? 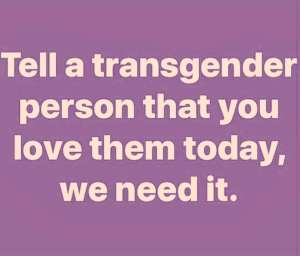 Second, reach out to the transgender people in your life. Tell them that you are there, that you care, and that you are listening. Tell them that you love them (we really need to be hearing this right now) and you are ready to help. Hug us and cry with us. We’re feeling exposed and alone – we need to know that we aren’t. You can help with this just by reaching out.

Consider activism. Consider participating in a protest. Call your congresspeople and make your feelings known. Recruit people to sign petitions protesting these policies. Engage with your local LGBTQ+ Center and with statewide and national organizations – become a member and volunteer to help wherever you feel you can. Reach out to your local media and make sure they’re covering this, and that when they cover it, they’re being fair and are hearing from LGBTQ+ people and their allies. Check to see if your employer has trans-inclusive non-discrimination policies; if they don’t, work to get them put in place. 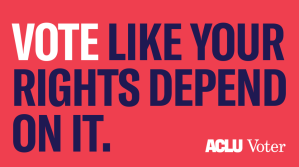 Last, it’s almost become cliche, but VOTE! The best way to send a message to Washington is to make sure that our representatives are the right people. Vote for candidates who will actively work to protect LGBTQ+ rights, and who will push through trans-inclusive non-discrimination legislation. I’m not saying to vote party lines, but at the moment, there seems to be a clear difference between which party is more likely to support LGBTQ+ people, and which one is actively pursuing our extermination.

I could keep writing on this, but I’m exhausted. I will fight for my rights until my dying breath (which, let’s be honest, feels a lot closer now than it did before this news broke), but I wish I didn’t have to. But I need help. I need your help. I am under attack, and I’m sounding the alarm. I know you are a good person – please don’t sit idly by and wait for things to get worse.

A few national organizations to consider:

2 thoughts on “Take a memo: Trans People Won’t Be Erased”